AIE Alumni, Siege Sloth Games have just won the Serious Games Showcase – Indie / Student category at the 2016 Australasian Simulation Congress (ASC) in Melbourne. EVERGREEN is a Zen single player game where the player controls the growth of a mythical tree with the goal of guiding and nurturing life throughout the history of Earth.

Thusus Jones, Creative director for EVERGREEN said, "We developed the educational side of Evergreen because we wanted for it to be a more enriching experience for our players. The opportunity for learning as a part of entertainment, instead of as a separate activity, is what we see as the real power of serious games."

This is another great procurement in an ever growing list of achievements for the team. In 2014 the team was announced as one of Canberra’s most innovative start-ups, receiving a $10,000 Grant as part of Innovation ACT and a Finalist in iFEST Indie Games Showcase. 2015 was a strong year for the team as they won a grant as part of the AIE Incubator program which saw the team receive $30,000. In addition the team was also selected to be part of the PAX Prime Indie MEGABOOTH selection and won the Made with Unity Creative Award (Melbourne).

“Each year we are blown away by the quality, creativity and diversity of topics from the entries we receive,” Australasian Simulation Congress representative, Adrian Webb said. “This year’s close fought race shows how many high quality serious games are being produced in our own backyard.” 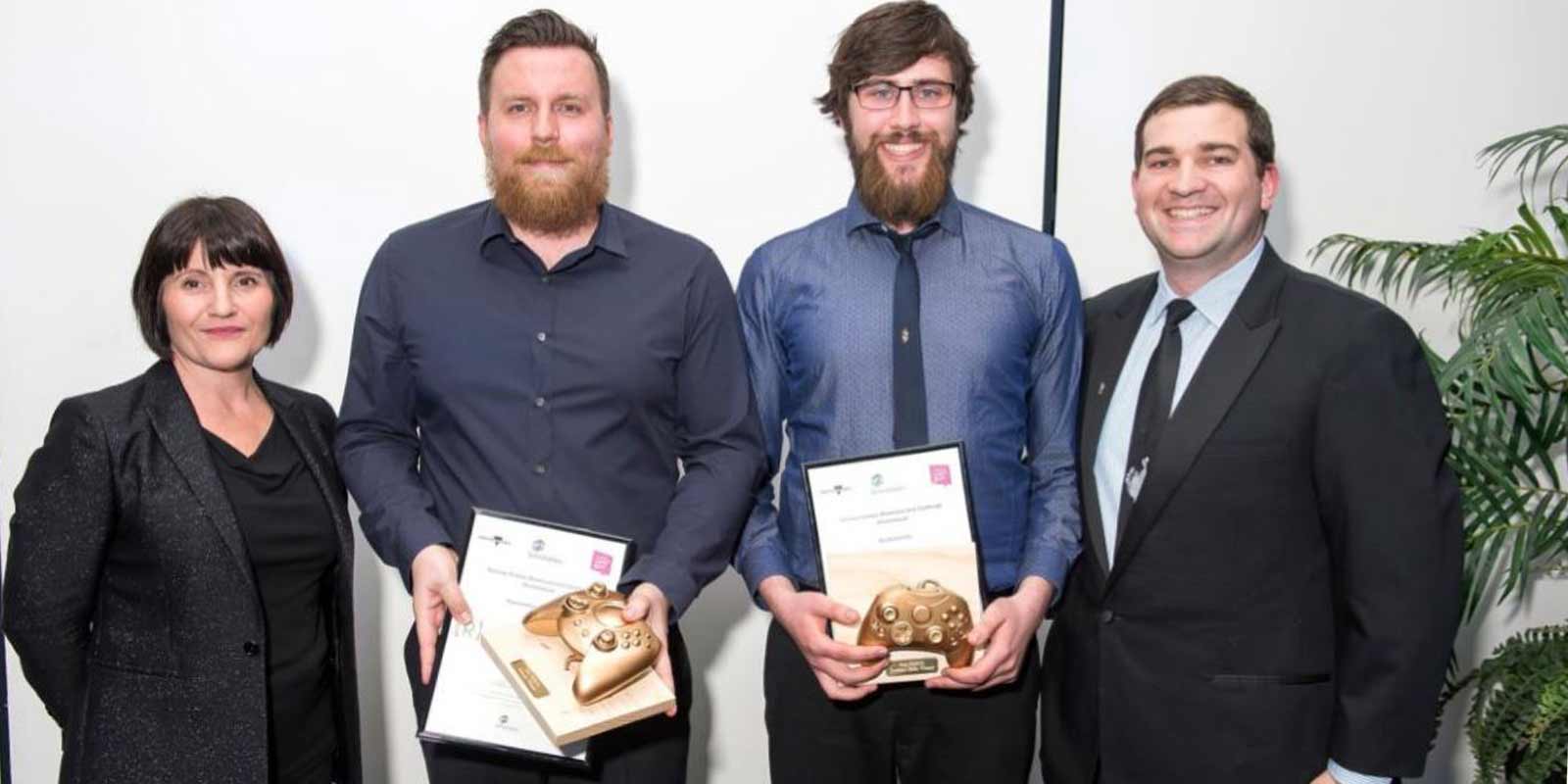 Siege Sloth Games will now be representing Australasia at the International Serious Games Showcase and Challenge (SGS&C) in Orlando, Florida as part of I/ITSEC, held from the 28th Nov until the 2nd Dec 2016. I/ITSEC is the largest simulation conference in the world.

To keep up to date on their game make sure you follow the links below;

Posted in Alumni, Graduate, Melbourne
← The Difference between Game Art and Design and Why You Need to KnowAIE students and staff score top hits at the Music City Tech Jam →
News Events