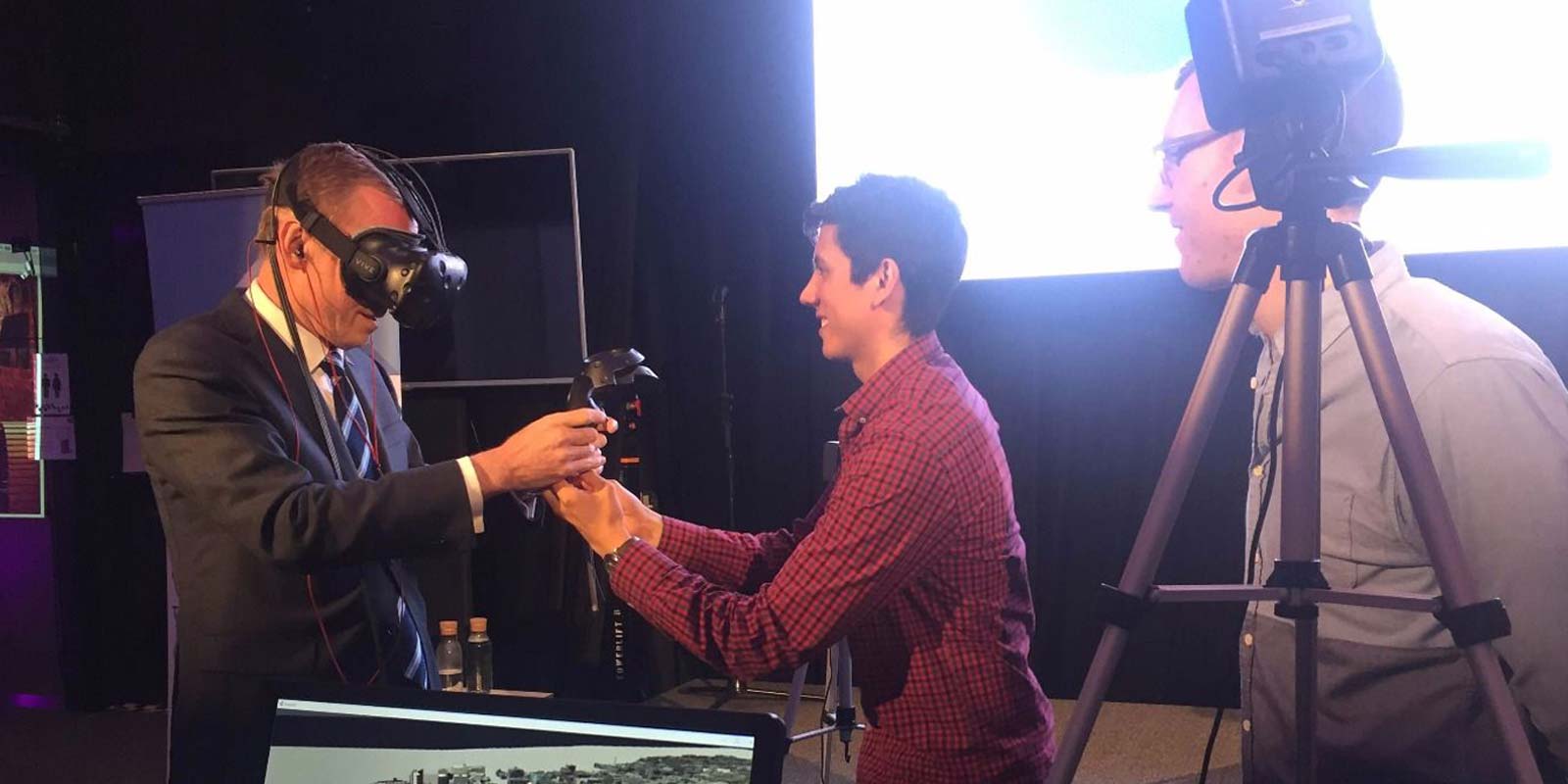 Game developers and musicians combine in Adelaide: even Jimmy Barnes would be impressed

While musicians often team up with game developers to create amazing soundtracks for games, the CCMC took this relationship to a new level and really looked at ways in which sound and player involvement can create immersive virtual reality experiences.

AIE students and staff have triumphed in the 2-month tech jam called the Connected Music City Challenge (CCMC) which involved collaborations between musicians as well as video game and app developers.

The CCMC Showcase and Awards event was held on the 24th of October at the ‘Art Box’ (Open State Hub) at the SA Museum in Adelaide South Australia. Lord Mayor Martin Haese was in attendance and played all the games and apps before awarding the major prize of 12-month access to IBM’s Global Entrepreneurial Program.

This is a second win for Ed and Oscar in several months. In August they were invited to Germany to participate in the InnoGames game jam, winning best multiplayer game. Part of the prize was to display at the European game expo Gamescon, an enviable opportunity for any Australian developer.