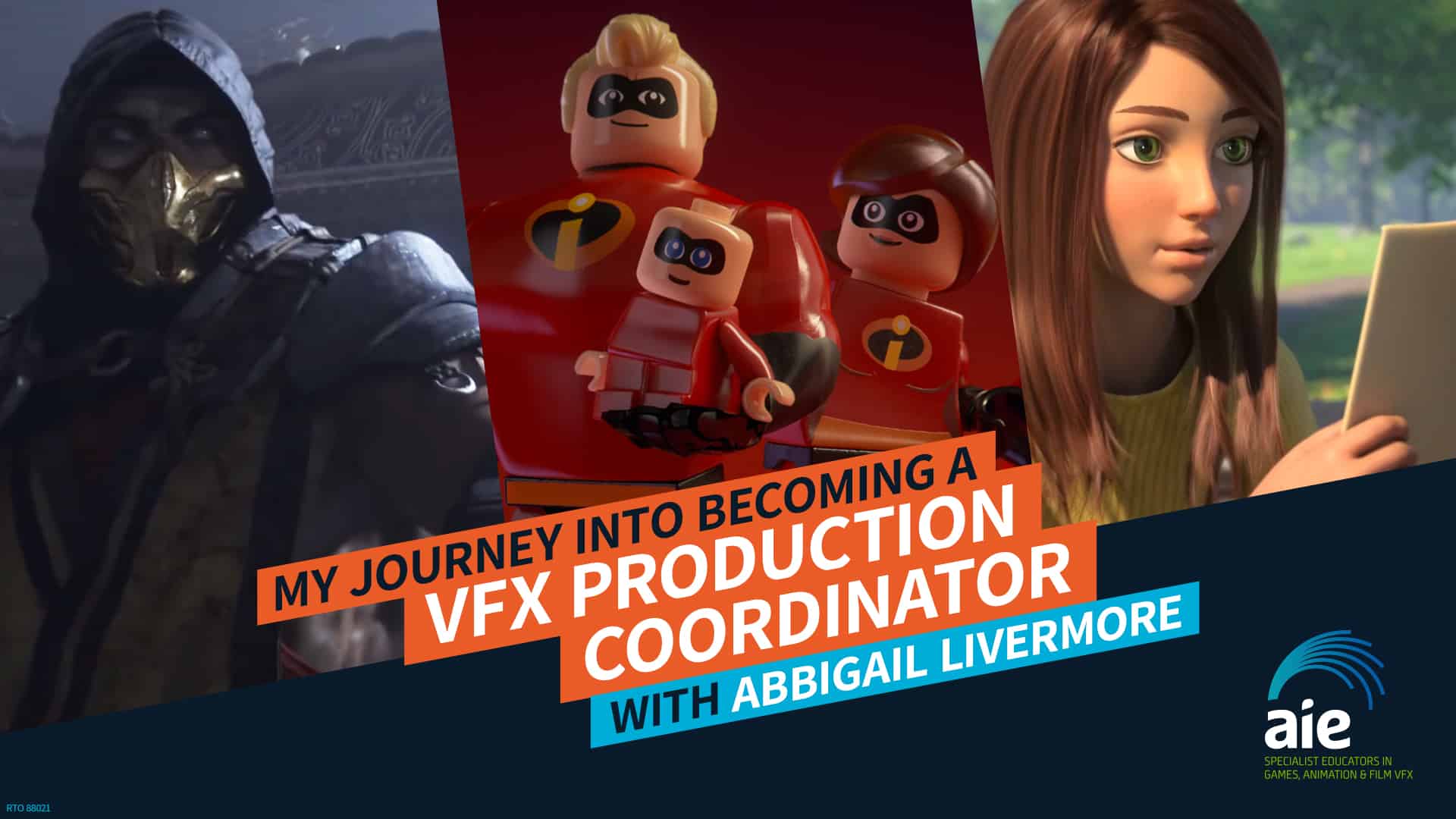 AIE Alumni, Abbigail Livermore, talks about her journey into becoming a Production Coordinator in the visual effects industries.

Abbigail Livermore has developed an impressive resume since completing her Advanced Diploma of Screen and Media, specializing in 3D Animation and VFX at AIE Sydney in 2017.

Since becoming a Production Coordinator, Abbigail has worked at major VFX studios such as Plastic Wax and Animal Logic in Sydney. She has had the opportunity to work on some huge blockbusters.