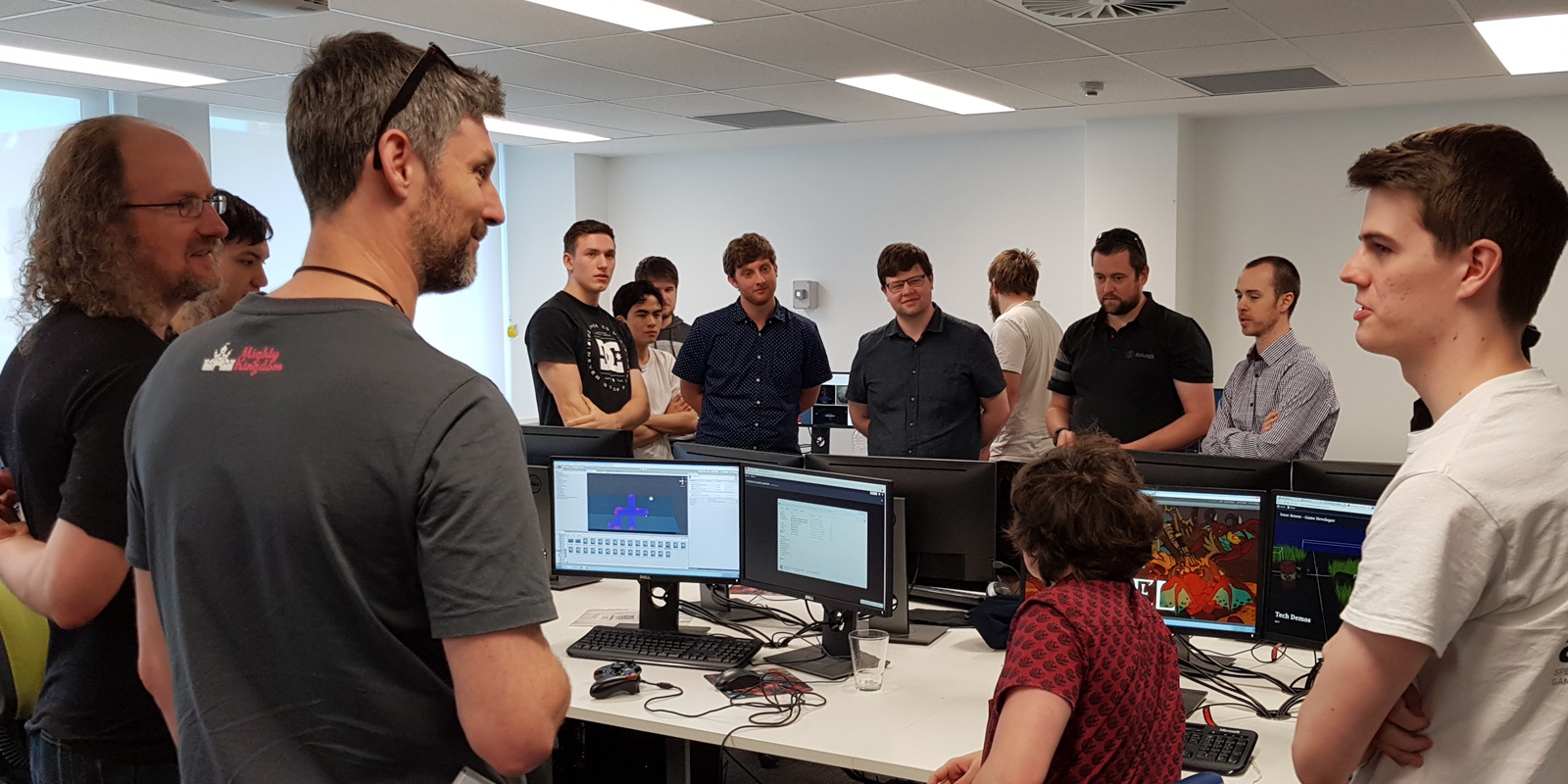 AIE 2017 Graduate showcases were held in Sydney, Melbourne, Adelaide and Canberra in the first two weeks of December. It was a time for game art, game programming, game design and film visual effects graduates to showcase their final projects and present their portfolios and showreels to members of the creative digital industries.

There was great excitement in Sydney as the students presented themselves in an open venue in their final project teams. Time was spent setting up booths, checking that everything worked and practicing their networking skills. There was a huge turnout and the students were kept busy discussing their works with industry leaders from game and film studios including Wargaming, S1T2, Chaos Theory Games, Animal Logic, Flying Bark, Illoura, Luma and Plastic Wax.

The Canberra grad showcase highlighted the range of options available to graduating students in the nation’s capital. Industry visitors included some of the leaders in defense contracting such as Raytheon and KBR as well local indie developers and film productions companies who have worked with AIE grads before on projects such as Blue World Order.

AIE Alumni Tejay Fraser-Chitticks from California-based Counterplay Games was also on hand to offer portfolio advice to the graduating students and offering advice from her time in the industry.

It was great to have online students at these showcases many of whom travelled long distances to make sure they could attend. They were really excited to get engagement and feedback from the industry guests and quickly realized the value and importance of networking

Mighty Kingdom were on hand at the Adelaide showcase where around 140 students presented their work. There was a great atmosphere and a very positive buzz as the proposed Adelaide Games Hub was hot on everyone’s lips.