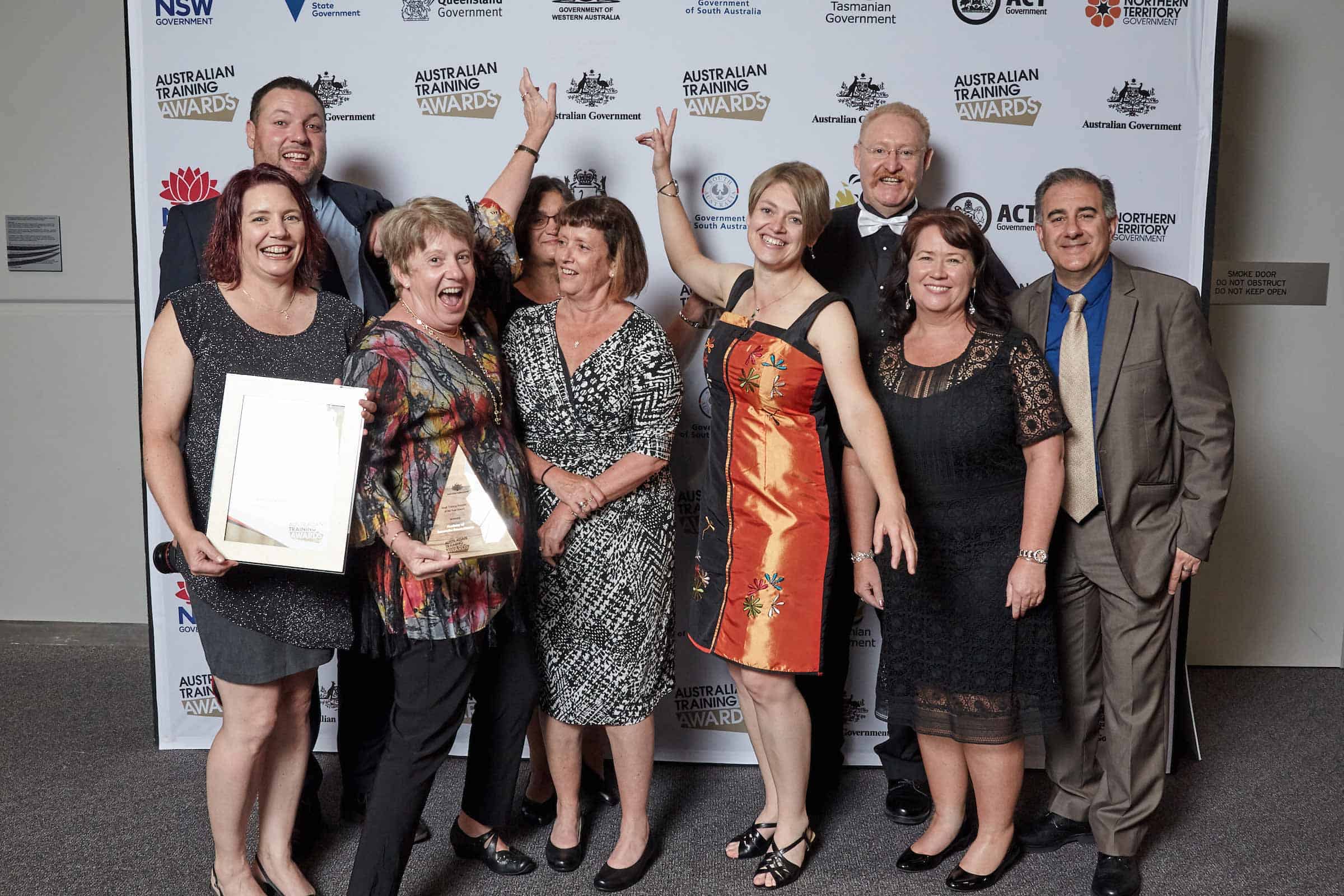 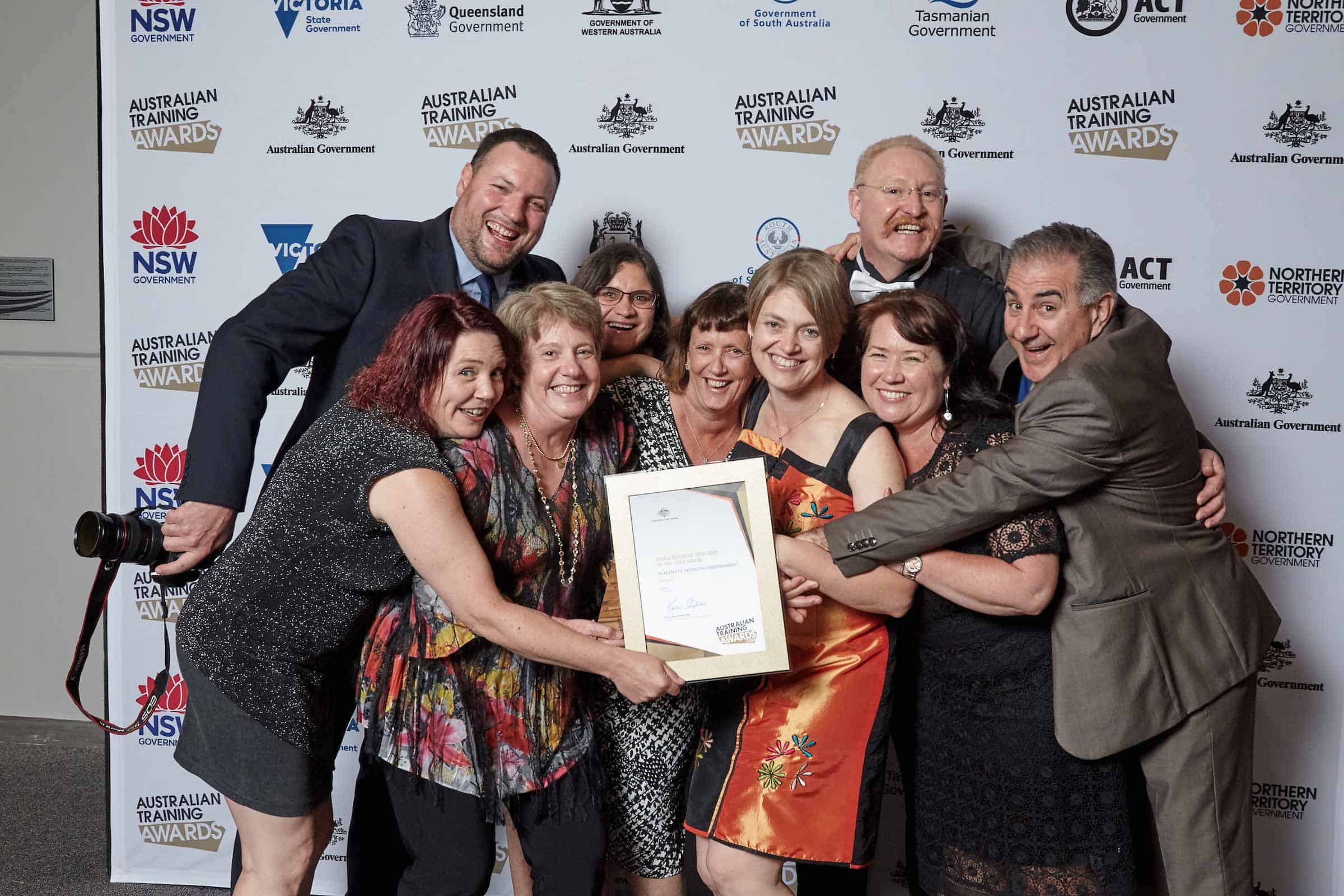 After winning the ACT Small Training Provider of the Year in October, AIE was placed in the top three nationally to compete for the Australian Award. On hand to receive the award was AIE’s CEO Vicki De Margheriti as well as AIE’s Director of Marketing, Neil Boyd and Head of School in Canberra, Grahame Dickson.

The award comes as AIE celebrates its 20th year in operation and is an outstanding achievement. The award is a reflection of the hard work and commitment by AIE’s staff as well as the ethos under which AIE operates.