In accepting his award, John said that he was honoured to be recognised by his peers across technology and academia.

“I’ve lived in the intersection of video games and technology development, education and filmmaking for most of my life. I work across all these industries because I’m passionate about them” said John.

John explained that it was fun “working with film producers, startup tech entrepreneurs, teachers and video game developers because I love to explore new ideas and how they can address our day-to-day problems”.

John De Margheriti co-founded one of Australia’s first game development studios called Micro Forté in 1985. In 1996, to meet the industry shortage of skilled game developers John established the non-profit Academy of Interactive Entertainment (AIE) in collaboration with the ACT Government and the Canberra Institute of Technology (CIT). Through John’s vision and ongoing dedication to grow an industry, AIE now has five campuses in Australia, two in the United States. AIE has twice won the Australian Small Training Provider of the Year and has Alumni working in games, animation and visual effects studios around the world. In 2018, John was awarded the ACT Training Award’s John Scott Memorial Award for his significant contribution to training and development of the ACT’s interactive entertainment sector.

John was the catalyst for many game industry initiatives including founding the Game Developer’s Association of Australia and running the Australian Game Developer’s Conference and Awards. John’s efforts put Australian game developers on the map and he campaigned for government recognition and support, laying the groundwork for local studios to be treated in the same way as filmmakers and other innovative ICT businesses.

John foresaw the possibilities that the internet held for games and patented a design for massively multiplayer online (MMO) games in 1995. This led to the establishment of BigWorld, a middleware platform for MMO games that still holds the world record for the hosting 250,000 players online simultaneously on one MMO server. BigWorld captured the Chinese middleware market for online games and helped a small Belarusian company called Wargaming to become a billion-dollar unicorn, eventually buying BigWorld in 2012.

John has followed his passions into growing the independent film industry in Australia by investing in innovative film industry facilities as well as financing and producing films. His most recent project, Sissy, was filmed at the AIE Canberra campus, and features the work of AIE VFX artists. Sissy has been nominated for three AACTA Awards for Best Film, Best Direction and Best Lead Actress. Seeing rapid technology changes in the use of game engines combined with massive LED screens, John championed the development of the world’s first filmmaking and virtual production course at AIE in 2021.

In 2019, John began the process of establishing a new non-profit higher education provider, AIE Institute, and accrediting the Bachelor of Game Development. Created with input from Australia’s top studios, John has ensured that this degree program is the first in Australia to integrate three core game development sub-disciplines of game art, game design, and game programming within a multi-disciplinary environment.

The Pearcey Medal is awarded annually by the Pearcy Foundation to recognise an individual who has a distinguished lifetime of achievement and contribution to the development and growth of the ICT industry in Australia. The Pearcey Foundation is named after Dr Trevor Pearcey, the architect and pioneer of the world's fourth digital computer, CSIRAC, created in Sydney in 1949/50 and now preserved in the Museum of Melbourne. The Pearcey Medal is the most prestigious Australian ICT Award to an individual and recipients are inducted into the Pearcey Hall of Fame. 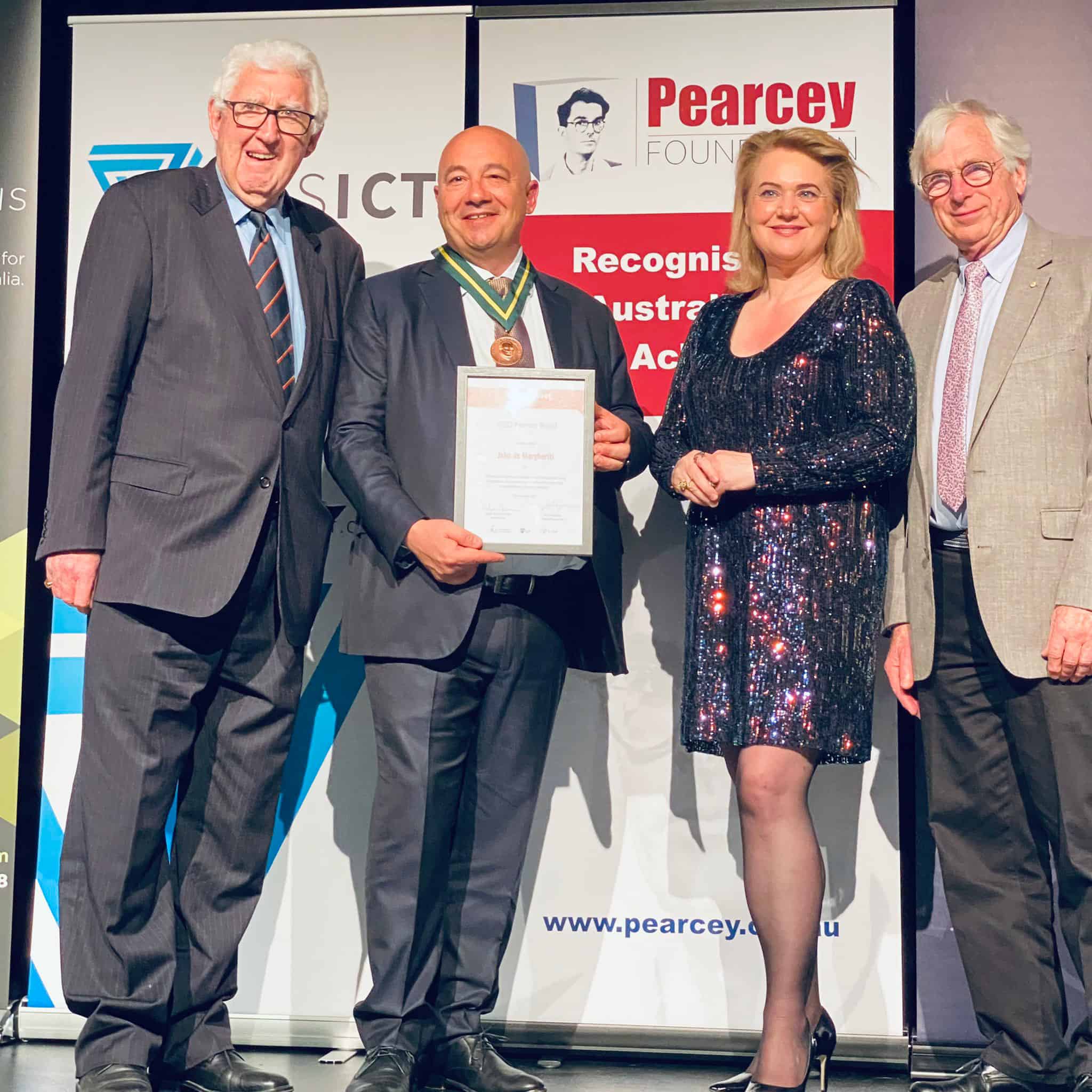