The course covers the fundamentals of film production and post-production including:

The course is focused on learning how to create a short screen production based on a brief. Students will develop a concept, write a script, create storyboards, and edit together an animatic (a moving storyboard).

After learning several editing and compositing based VFX techniques, students will then plan the live shoot through the creation of a 3d visualisation of the shooting environment and action. Students will get hands on experience of assisting with camera shoots on a live set. This will include acquiring all the knowledge on how to use digital video cameras and conduct oneself safely on a live set. Finally, students will perform the compositing, editing and other post-production processes needed to create the final film.

Film and VFX Foundations serves as a valuable bridge to further study in film production, visual effects, and post-production.  Graduates leave with a portfolio of work, knowledge, and skills useful in many other multimedia and design areas.

This is a direct entry course, no portfolio or interview is necessary. 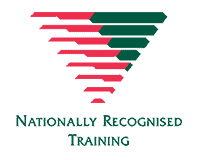 Celebrating the release of Sissy in Cinemas!

My Journey Into The Visual Effects Industry – Jake Dobbie

How Do Robots Kill Time? Find Out In This Animated Student Film

What does a Production Coordinator do?

Discover the future of film in Canberra