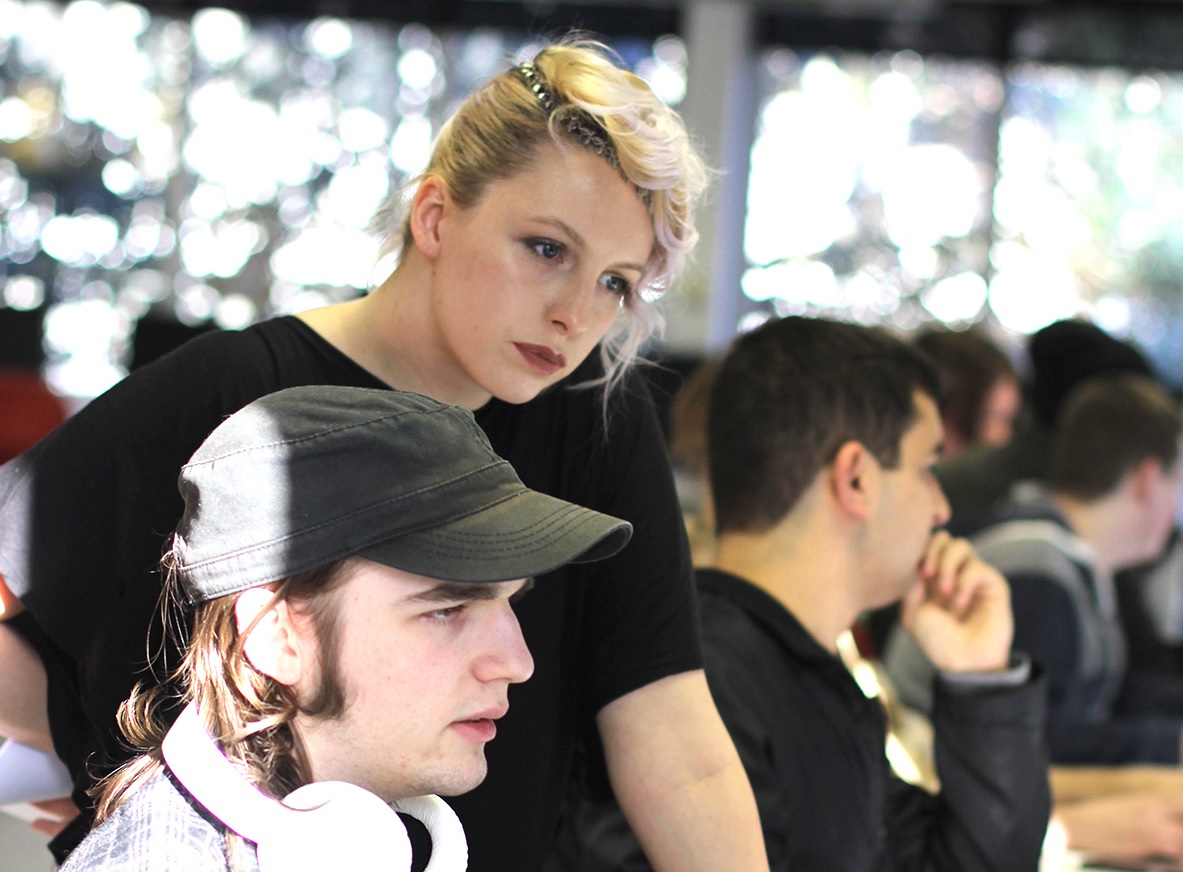 Game design is the art of crafting experiences, says AIE second-year game design teacher Jennifer Scheurle. We asked her to share her expertise on crafting an experience, and the processes of designing and prototyping a game.

You said that game design is about crafting experiences. But what do you mean by that?

As a game designer you literally are the person who has to hold together the vision of the experience you want to convey. A lot of people mistake game design for writing the actual game, which is not the case at all. Depending on the company you might do a lot of writing but it’s mainly documentation.

What you’re trying to do is nail down exactly what it is you’re trying to get across when someone plays the game - what emotions, what experience, what story do you want to tell - and then you’re in charge of making that happen…

Oh, so you write the plot?

No! [laughs] Not really, it depends. If you’re working in an indie studio, it can happen, but in most productions you don’t. You have writers for that. Game designers are not writers, usually. Or very few are, the same way game designers are not artists or programmers. They might have skills that tap into that, and that’s perfect because then they understand what the people who work with them do.

I emphasise that a lot when I teach: you have to understand all these other disciplines. It’s not as clear cut as these other disciplines though. You’re literally a visionary; you’re the person with the idea. But at the same time, as I tell my students, the idea doesn’t mean anything, because that’s just part of it - you have to be able to realise it and make it happen with people who work in the other departments, to puzzle it all together to make it work, and that’s what’s hard.

It needs so many different skills that it’s hard to nail down exactly what game design is. That’s why it can sound so esoteric when you’re like, “Oh, we craft experiences,” but that’s what it is in the end. You need to do all kinds of small things to make that happen.

So what are you thinking about when you design a game?

There are different approaches but what I start with, and it’s very different to most people who come here or I know. Most people start with a story idea, especially when they start out as game designers, and then they struggle to piece together a mechanic or an actual game around that and it tends to be quite clunky. What I try to do is start out with a mechanic, with the experience that I want to convey, and then I build everything else around that.

So there’s my core mechanic: making that decision. That can be a tiny little mobile game where it’s just text-based, to a whole universe where you run and around and make decisions for people because you’re their guardian angel or whatever. That all depends on my budget, right?

But the core mechanic is still the same: I have to make decisions for another person who is not sitting as comfortably in their life as I’m used to. And I build around that. That’s how I start out usually, and then I scope it to the amount of people or resources I have.

How do you prototype those ideas? And how would you recommend your students do it?

I love that. I’m a huge fan of prototypes, and my students get annoyed about that all the time [laughs].

When I say prototype I don’t even mean building it in an engine. I am used to prototyping things on paper. I worked for a game company that did not even start a project until it was entirely tested on paper. I’d sit down with all these printed out bits of paper with mocked up UIs. Prototyping can start with this very simple baseline.

It’s a lot cheaper that way.

[laughs] Absolutely. And that goes for testing too, there’s always more you can do [before you start testing], but at some point you have to start, obviously.

I always get people coming to AIE with huge amounts of stories, like Skyrim type storylines, and I’m always like, okay cool I appreciate the amount of work you’ve put in but that’s not going to get you anywhere right now. You can do ten prototypes within a few days - that’s how you get somewhere, that’s how you get to interesting mechanics.

Even if you prototype in-engine, no graphics, no nothing, and you can put it into someone’s hand and go, okay, play. If they get it right away and it’s already fun, you know exactly that you’re onto something.

If I were to give advice to someone, it would be to make stuff, make a lot of stuff - not this huge universe, and I get it, it’s fun to create a world, but it’s not really getting you anywhere as a game designer. Everyone has ideas, but then you have to sit down and make something with it, and that’s where it gets interesting. That’s where you become a game designer instead of being someone dreaming about huge universes.