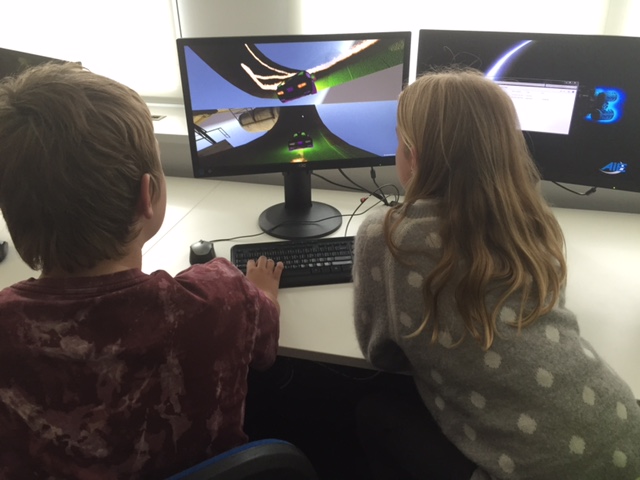 Children aged eight to 15 years old got a taste of what it’s like to design and program for games during the Game and Code Camps held at AIE Adelaide last week.

The Game Camp was designed by Karl Cizakowsky and run on the day by Adam Bailey, both game design instructors from AIE’s Adelaide campus, and students Phoebe Shaw and Eduardo Cardenas. The goal of the camp was to teach 12-15 year olds basic game art and design skills and provide hands-on experience at implementing their ideas into a standalone.

Similarly, the Code Camp aimed to introduce children as young as eight to programming in a fun and interactive way using Codea, an iOS coding app created by senior programming teacher John Millard, who also ran the camp with assistance from two students, Eduardo Cardenas and Norman Browne.

“Each kid worked at their own pace and most were excited and motivated to create a game. Some had previous experience and were able to move at a much faster pace while others needed more one-on-one time to get up to speed.”

Bailey says that relating the activities to Minecraft enabled the children to overcome any lack of confidence in their ability to manage designing and building their own game.

“On the first day of the Game Camp the students were excited, but also seemed a little overwhelmed when faced with the editor for the first time thinking that building a game environment would be beyond them,” he explains.

“So we discussed basic design in the context of Minecraft, and how any of them who had built an environment in Minecraft had already done some of their own game design work. That seemed to give most of them confidence and once we ran through the basic control tutorials students quickly grasped how the editor worked.”

Bailey says the students had hands-on control the entire way, building their game exactly how they wanted, from the initial layout to terrain building, environmental prop placement and lighting.

The Game Camp kids were taught the basics of the Unity game engine editor - how to move, rotate, and scale items, along with how to use the terrain editor. Once they knew the tools we conducted a pen and paper exercise where they sketched their own design for a racetrack, keeping in mind the prefab track pieces available and specifying details such as the time of day and style of environment.

Students took their sketches and used them to start constructing their tracks in Unity. They learned how to bring in new textures to replace existing materials, add sounds, construct menus, and customise their vehicles. Later they were shown how to add a two-player split-screen mode, and finally created standalone executables to take home to play and enjoy.

“Many of the students wished they could come back for more days to learn even more, and they all seemed excited when inviting other people to come and play their tracks,” he adds.

“They all wanted to take their finished games home to show off to their families, and a good number also grabbed their project files so they can do more work themselves.”

Over at the Code Camp, Millard says they supplied all the kids with copies of Codea ahead of the course and on the day had them sit down with their iPads in front of a large TV streaming Codea from his iPad. The students were run through a number of simple sample projects for basic input and output functions, such as displaying text, drawing shapes and responding to touches. 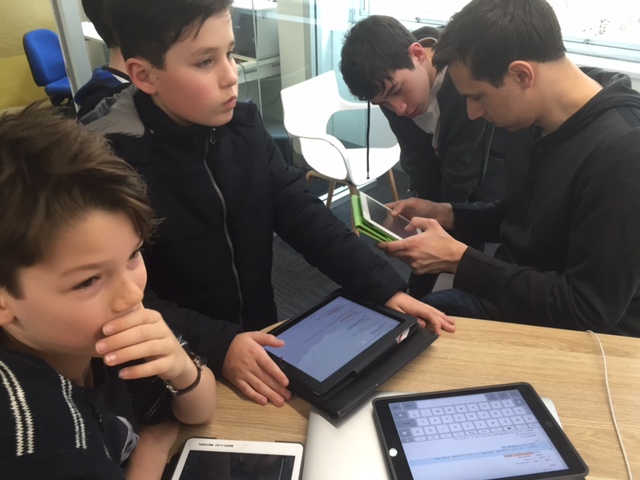 By the end of the camp they had moved onto programming a more complex Asteroids-style game project, incrementally adding features such as sprites, controls, enemies, collisions and high scores.

“I think people generally underestimate the computer literacy and problem solving skills of children and teenagers,” he says. “My class demonstrated the ability to not only understand what programming is but to apply it to create interesting interactive experiences.

“I think the more and earlier we expose children to these activities, the better they will be equipped for an increasingly technological world.”

Posted in Adelaide, Game Design, Game Programming, Industry, Student
← AIE’s vision of a new innovation and job creation centre for CanberraWhat is game design and what does a game designer do? →
News Events