Imagine creating something that is displayed on a big screen, while an orchestra below plays your favorite and the most iconic game music ever created.

AIE students recently had that opportunity as they created the motion graphics package featured during the Canberra Youth Orchestra’s performance as part of the Canberra International Music Festival.

The orchestra played compositions from games including The Legend of Zelda, Halo, Kingdom Hearts, Phoenix Wright and Pokémon just to name a few.

In attendance was Garry Schyman, who's compositions can be heard in BioShock, Middle-Earth: Shadow of Mordor and many more. A special segment from the show was dedicated to the work from Garry’s career. Before the concert, Garry swung by the AIE Campus to talk to students about his career and experiences in the industry. 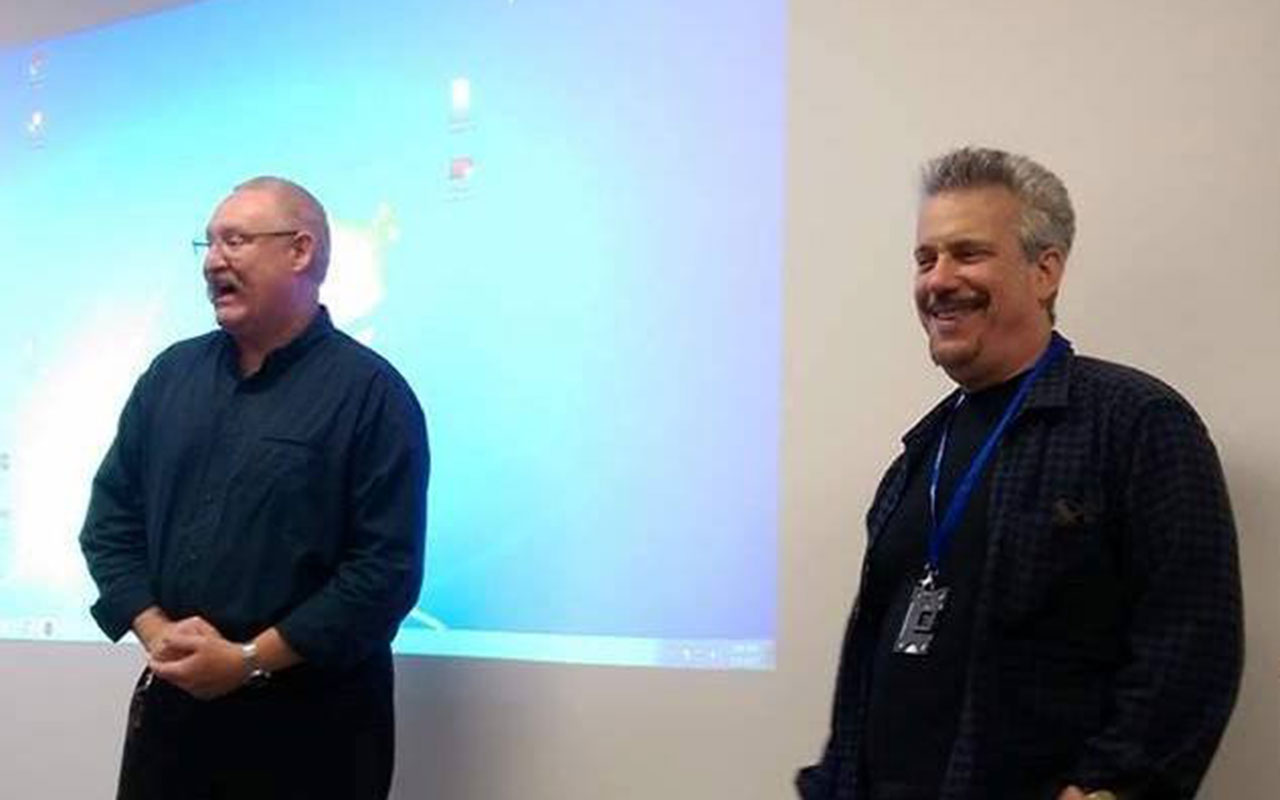 The day was extra special for AIE alumni Owain Bolt. Owain not only played Bass Trombone in the orchestra, but also had a composition from his own game Dismantle: Contract Carnage played during the show. The composition was created by Daniel Kempton who is creating several pieces for the game.

“Playing the music to my own game on stage with a full orchestra was amazing. The music is vitally important, and often inspires the arenas in the game to suit the epic music.”

Owain is a programmer at indie game studio Great Helm Games, a studio he founded with classmates from his Advanced Diploma of Professional Game Development. After going into the Graduate Diploma of Management (Learning) course the team began development on Dismantle: Construct Carnage. The team are planning on releasing later in 2017.