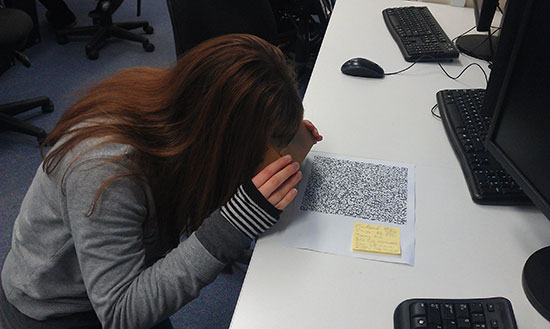 The staff and teachers at AIE are always keen to check out new technology or cool gadgets. Sometimes it’s to keep up with the latest industry standards.  Sometimes it’s just because it’s fun!

In the case of Google Cardboard, it’s both.  What an odd pairing - while Google is associated with new technology, cardboard is decidedly old technology.  Of course, cardboard is simple, practical, and flexible.

So what is it? A VR viewfinder made of cardboard, in which you place your phone, and it turns movies or games into an immersive 3D experiences.

You can order a premade Google Cardboard kit, or download, print out cut it out, then build it yourself.  We’ve had a kit in the office for a bit of a play, and some of the staff share their thoughts…

What’s your impression of using the device?

I purchased the google cardboard thinking it would just be a fun thing to play around with, not taking it serious at all. Upon putting it together and testing a few games and apps using my Nexus phone I was blown away with how well it worked and how simple the idea was

I'm impressed with how well it works, with a variety of differently sized phones! It just seems to work quite well with ease.
It's awesome being able to plug in an Xbox 360 or PS3 controller via an On The Go cable (which we bought for about $2 on eBay!).
It opens up an accessible way for students to try making VR games on the cheap, with their Android phones and a $20 VR solution!

I've also been really impressed with the AR (Augmented Reality) demos that blend the real world with a virtual world, like putting a poster marker on the wall, and this becomes a window into a world outside, where you can move around to look out the window, sniping off zombies that are coming towards you, and duck away to hide behind the wall.

What ideas have you had for applying this to games or as a teaching tool in class? 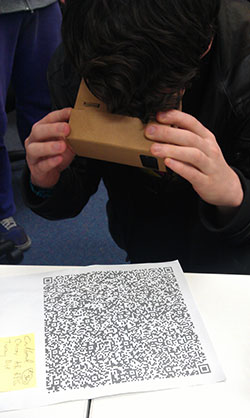 I think its brilliant... I'd like to see students render out 3D turnarounds and then be able to view their models on my desk with the QR code print-out

Dom: Speaking with our Vet In Schools (VETiS) coordinators they think it is a fantastic idea to implement into the curriculum to get the students excited about virtual reality and creating games

Murray: It'd be great to work with a group of extra-keen students to create an attention-grabbing app for Google Cardboard, and put it out on the Google Play store.
There's some OK little demos and novelty apps out there, but the time seems ripe to try making the "go to" app that everyone wants to try with their Google Cardboard.

I'd also love to try making an entirely first person short-film. I'm thinking you could hook up two GoPro's at the right angle, and shoot stereoscopic vision! We'll have to run some experiments.

Do you think this would be a good way to prototype for Oculus Rift?

Murray: It seems like the Cardboard is a perfectly viable way to extend the reach of your Oculus projects. Projects seem to be pretty cross compatible, so if you support one, you should be able to support the other. 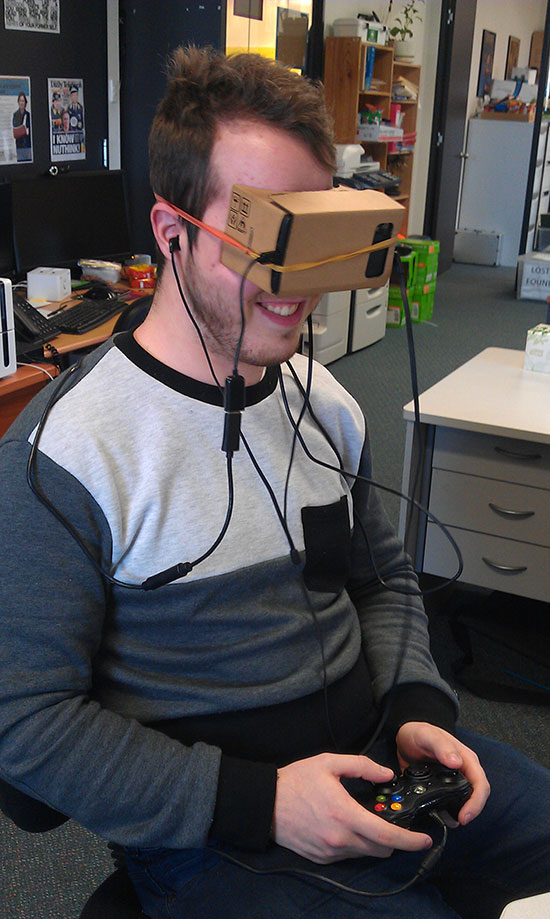 I think the Cardboard will really help to give VR a viral spread, and reach a critical mass quicker. So that's a great thing!