Congratulations to all the graduates working at 2K Australia in Canberra for their amazing work on Bioshock: Infinite. The game has been critically acclaimed and has sold (at time of writing) more than 3.7 million copies.

Many people are unaware of the ongoing role that 2K Australia have had in all three Bioshock games. As Creative Director and AIE Graduate Jonathan Pelling says in the article below, the team "got [its] fingers into most part of Bioshock Infinite", having a role in everything from combat design to creating environments for the sprawling, intricately detailed floating city in which the game takes place.

It's not just in games that graduate work is being recognised - nine AIE graduates employed by Animal Logic were credited on the visual effects for The Great Gatsby. 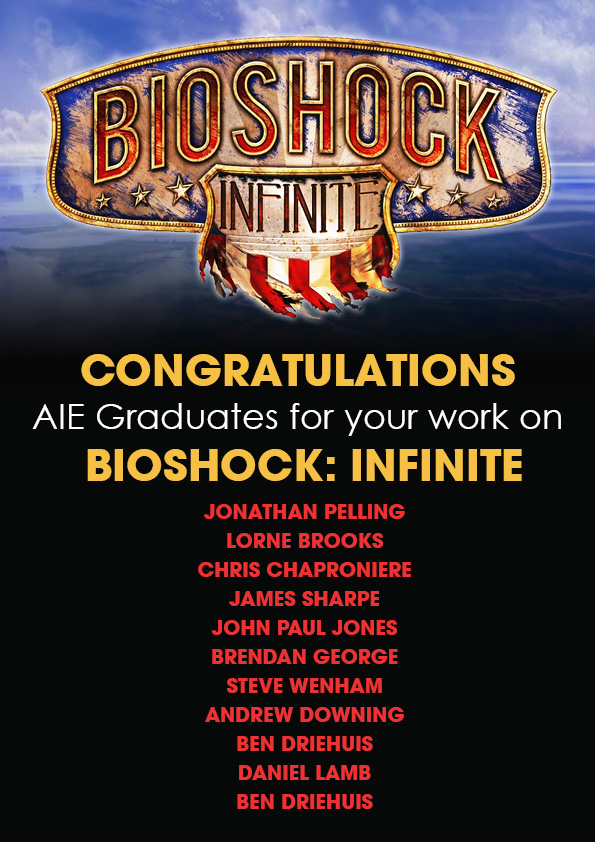 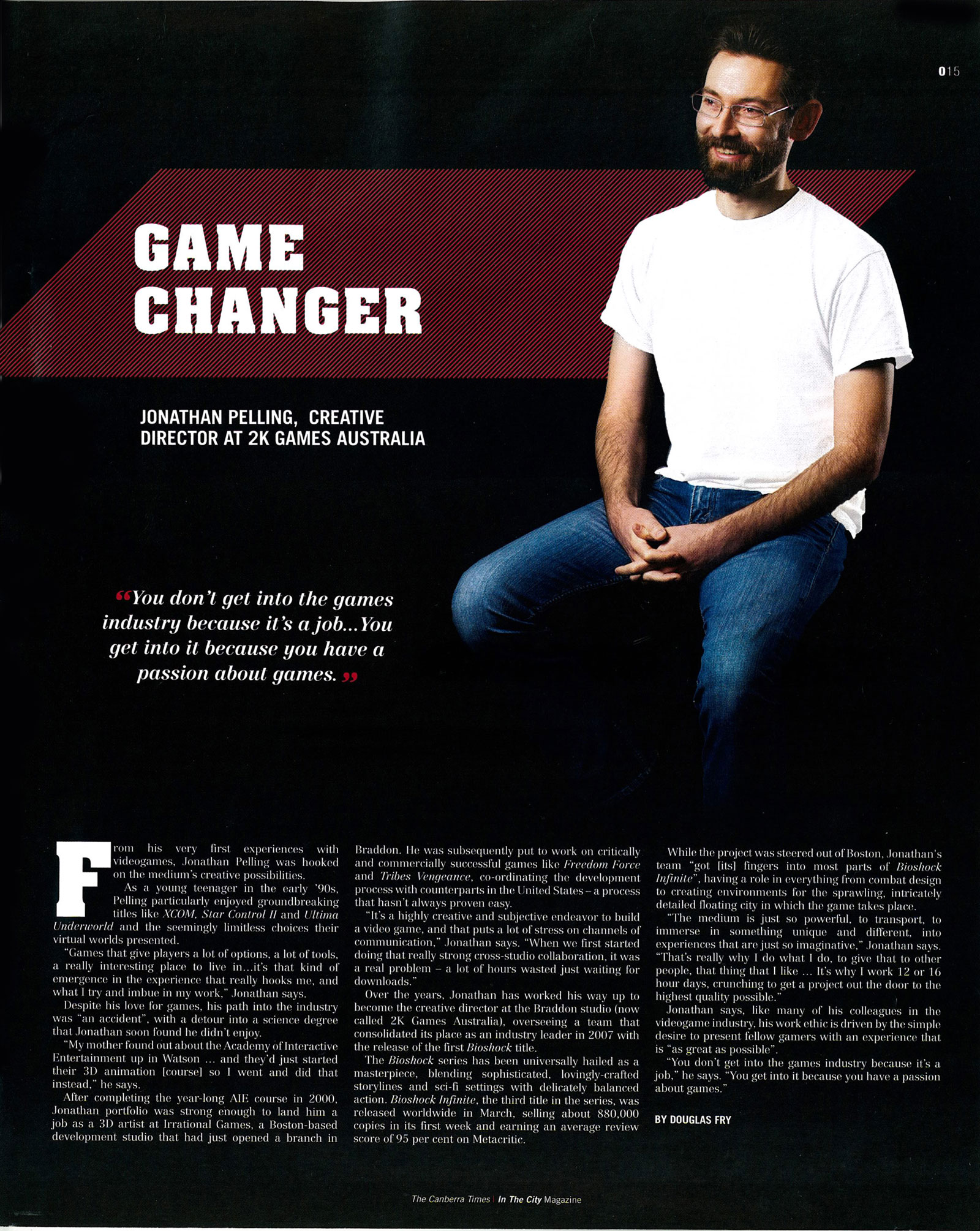