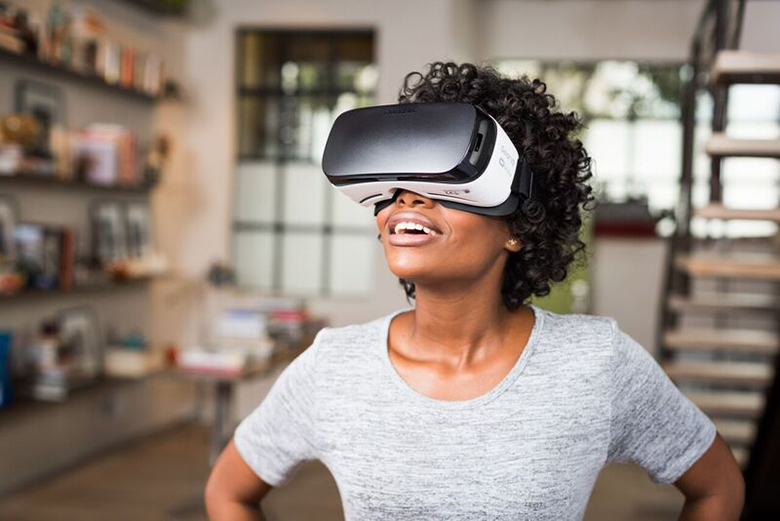 We ask our expert Game Design teachers to predict the future.

2016 is shaping up to be a very exciting year for games with the launch of consumer VR headsets, the maturation of current consoles, the resurgence of the local Australian indie scene, and the ever-diminishing barrier to entry for game development.

But what are the key trends to which 2016’s game design students should be paying the closest attention? Sydney design teacher Jennifer Scheurle, Melbourne design teachers Murray Lorden and Shane Trewartha, and Adelaide design teacher Karl Cizakowsky gave us their eleven predictions.

Diversity
Jennifer: "Without doubt, diversity is one of the most important topics to tackle right now. The terrible portrayal of minorities (women, people of colour, LGBTQ) has sparked much criticism of games in the past few years and, with hate movements popping up, developers face an important challenge. The data behind who plays games and what people want to see in games speaks a different language. It's an ethical as well as an economic issue, because we leave money on the table if we don't pay attention to this."

Virtual Reality
Murray: "VR is going to launch onto the consumer market in a big way this year. Students should watch new technologies to see what they might go. It's also a good time to get some early small products out into the initial market, to make your mark before it becomes over-saturated. VR projects will be defining new ground, thinking of new ways to do things, so it's an exciting time to get involved."

Jennifer: "VR is specifically interesting if we're interested in expanding our talents to more than just games. I've had a lot of people approaching me or friends of mine for potential jobs for VR devices and services. This could open up more job opportunities aside from game development itself."

Shane: "I think it is definitely going to be the next big platform, and we can barely begin to guess the ways in which it may end up affecting people’s lives as it matures as a technology."

Blurring the lines of what is/isn't a game
Shane: "There are many areas where game technology overlaps with not game technology, but I think the most interesting such blurry edge is not so much a technological one, but rather the rise of things such as room escape games, and other similar real world activities. There is also a lot of implicit gamification in our day to day technological interactions as well, and I can only see these threads coming together ever tighter as time goes on."

Game Ready Television
Karl: "Step 1. Consoles will be replaced by GR TV (Game Ready TV) These units will ship with all the necessary tech to run games including on board GPU and CPU.
Step 2. Publishers like Ubisoft and EA will create channels much like NETFLIX and HBO and players will subscribe to channels to play their games, this will later merge with E sports and introduce a new Hi Score ranking system that will also become the new social media platform for gamers ,sort of like a virtual lounge, SKYPE style video chat etc. "

Alternative business models
Shane: "With the ever increasing disenchantment with what has become the de facto and normalised approach to free-to-play, more and more people are going to be looking into novel ways to reclaim the fundamental concept of giving away part of your product for free and charging for another part of it. This is nothing new, and goes all the way back to shareware or further, but people seem to be both experimenting with new forms of it, and reinventing older incarnations of the idea."

Writing
Jennifer: "Writers are still often very underrepresented in our profession and writing is often done by other roles in teams such as Game Designers. I think the profession of writers is on the rise again and it would be good to have it back as a specialisation. Better writing in video games has proven to make better games, especially with regard to diversity."

Apple TV
Murray: "Apple TV could be an interesting one to watch. With the popularity of paid TV services like Foxtel, etc, the Apple TV could get a much deeper market penetration now. And designing simple games for the platform could be a good place to get your simple games out to the world."

Apple Watch
Murray: "Apple Watch is just getting out there into the world. And there is the possibility for certain types of games to work really well with the Apple Watch. "Lifeline" is an interactive fiction game, where you communicate with an astronaut who has become stranded on a moon. Games like this are fitting well into this new gaming format. Now is a good time to think about simple games that might work with the watch format. "

Focus on younger audiences
Shane: "I'm not talking about gimmicky edutainment guff, but quality products. Particularly with a focus on fostering tech literacy at a very early age. There have been a few things come out recently that introduce concepts of procedural logic to children at the same age as you would be introducing them to reading and writing."

Collaboration
Jennifer: "With the rise of indie game successes, the market has experienced a flood of games done by basically anybody. Game dev tools are more accessible than ever - which is good! However, it also leads to the lonely gamedev in a basement doing a game by themselves and throwing it on the market. Sometimes, that turns out real good products. But to grow an industry, we need people to collaborate. That means, we have to create a culture around collaboration and specialisation. More specialised people in their field lead to more collaboration and better products."

Outsider art
Shane: "The tools to create games are now at a point of sufficient accessibility that we can expect to start seeing some sort of true outsider art movement for the first time in the history of games. This has been ever so slowly happening over the last few years, and I think we can expect to see something really notable of this nature happening in the immediate future."