Last night the Academy of Interactive Entertainment (AIE) won the Small Registered Training Organisation (RTO) of the Year at the 2016 ACT Training Awards.

AIE Canberra Head of School, Grahame Dickson, accepted the award on behalf of AIE which was presented by David Dawes, Director-General of the Economic Development Directorate.

“The award recognises the hard work that is undertaken throughout our organisation and is a true reflection of the quality of training we are providing across AIE” said Mr Dickson.

“It is especially significant that we won this award in our 20th anniversary year. We are so proud of our staff and students and the recognition they’ve been given by the ACT Training community” said Mrs De Margheriti.

As state winners, AIE's nomination progresses to the Australian Training Awards, which is held at Darwin in November. 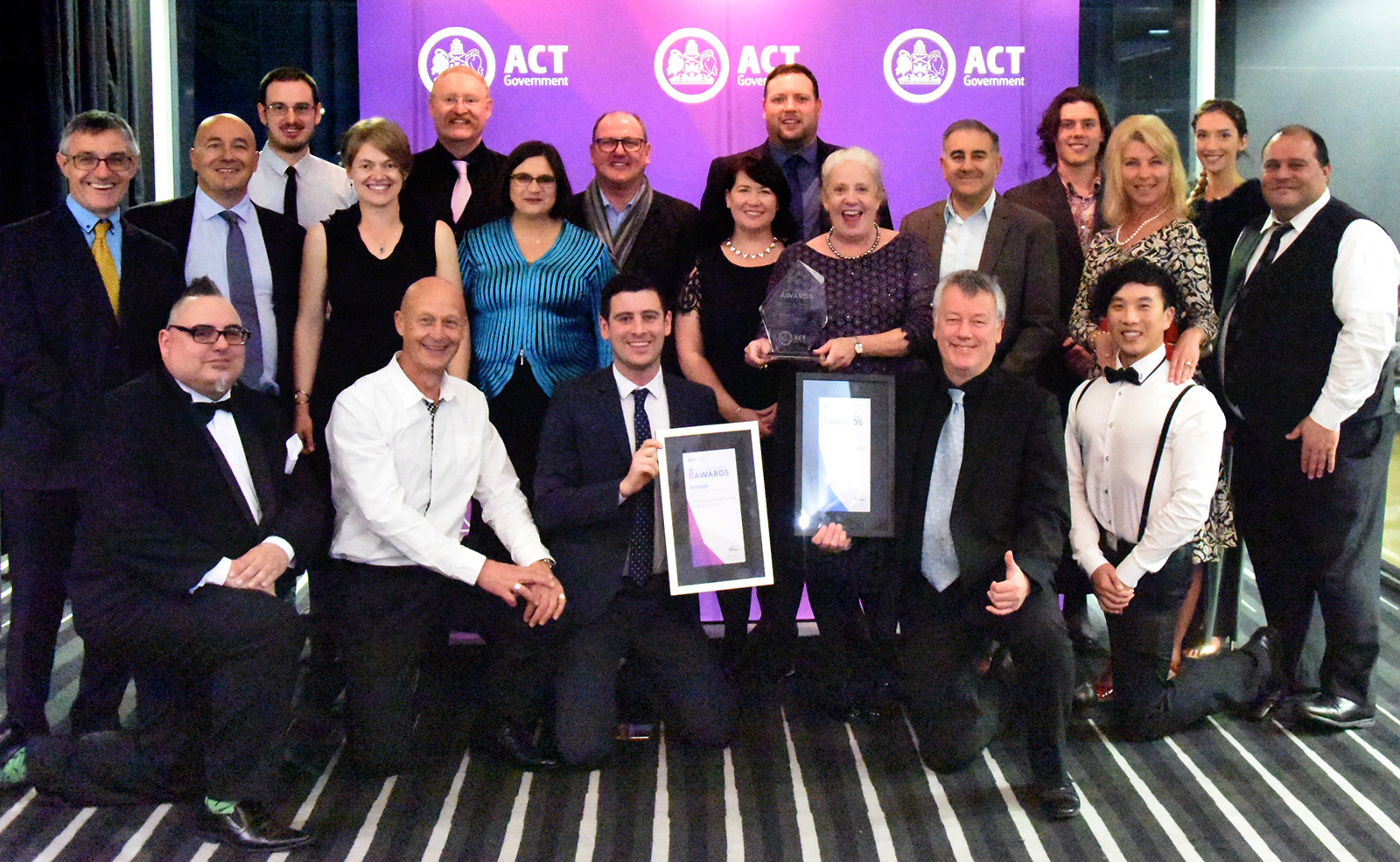