If there is one thing that all AIE campuses have in common, it is the quality of the incredibility talented and experienced teachers that lead and mentor our students. AIE’s newest campus in Adelaide is certainly no exception to this rule.

AIE Adelaide’s fearless leader is none other than, Robin Potanin. Robin has experienced an illustrious 18 year career in the games and film industry working at companies including; Rising Sun Pictures, Ratbag and Image Entertainment, and has worked on some well know titles which include; Charlotte’s Web, Dukes of Hazard, Dirt Track Racing 2 and The Noah Series. And just to make Robin sound even more impressive, she is currently in the final stages of completing her PhD in Digital Games.

Robin is supported by a group of experienced teachers who bring with them a wealth of industry knowledge. Leading the charge with the programmers is John Millard, co-founder of indie team Two Lives Left, an award winning South Australian indie game developer and has produced games for Xbox One and IOS over the past six years. Heading up all things design is, Karl Cizakowsky (Star Wars, The Force Unleashed & Star Wars, The Clone Wars) who has been working in the games industry for over 15 years. The game and film artists will be mentored by Mike Crippin (The Hunger Games & Gravity) who originates from Canada and has been working in the games and VFX industries for many, many years. This level of industry knowledge is vital in the training of the next wave of programmers and digital artists who are hoping to land their dream jobs once they graduate.

We are extremely excited to see the work that will be coming out of AIE Adelaide in the years to come!

Right to left below: Mike, John, Robin, James and Karl 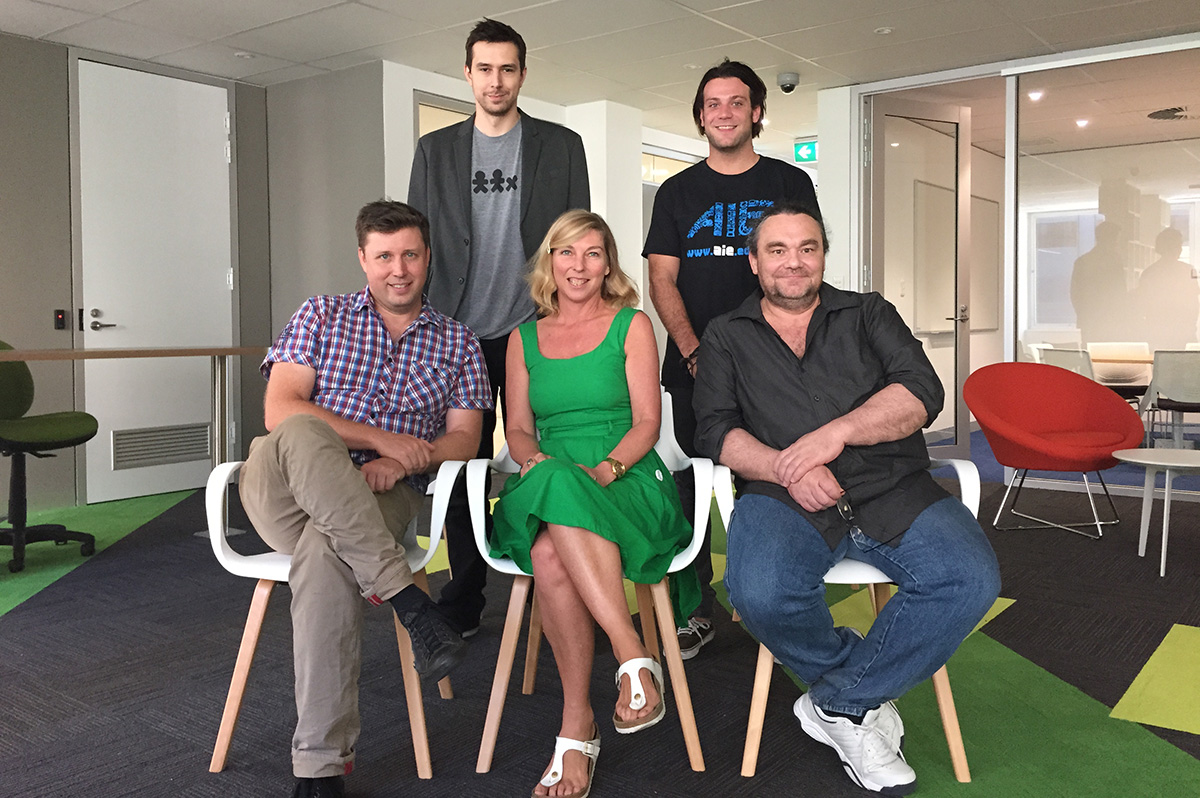 Posted in Adelaide, Staff, Teachers
← Interview With A ProgrammerAIE’s vision of a new innovation and job creation centre for Canberra →
News Events